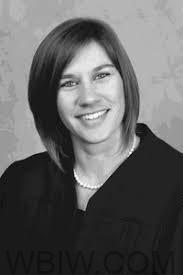 CRAWFORD CO. – The Indiana Commission on Judicial Qualifications has concluded an investigation into allegations of misconduct by Crawford Circuit Court Judge Sabrina Bell. Bell, who is currently suspended, has agreed to resign. She is voluntarily forfeiting her law license for 150 days, and she will not seek or accept judicial office in Indiana state courts in the future.

In May 2022, the Indiana Supreme Court suspended Bell (22S-JD-148) when felony charges related to a domestic dispute were filed against her by a special prosecutor. Those criminal charges (in a trial court) are separate from any possible disciplinary charges filed by the Commission. The Commission informed Bell it was also investigating allegations of misconduct.

Bell, who was previously suspended by the Court (19S-JD-567) in November 2019, has now resigned. The Commission agreed to conclude its investigation. The agreement is a matter of public record. More information about the Commission can be found at courts.in.gov/jqc.