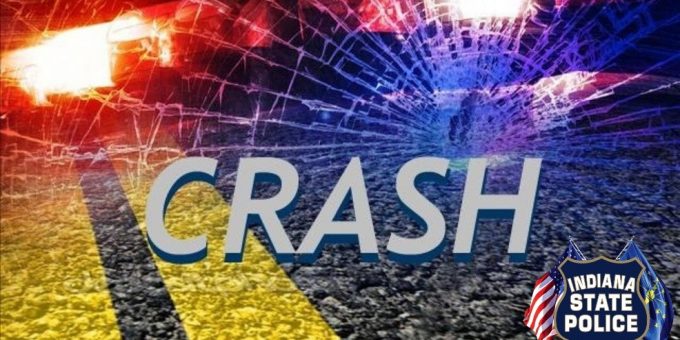 INDIANAPOLIS – Six people were sent to area hospitals after multiple motorcyclists crashed during an organized motorcycle ride. The crash occurred in the westbound lanes of I-70 near the 75-mile marker, just west of downtown Indianapolis. Today, at 2:11 p.m., Indiana State Police Dispatchers began receiving emergency calls of multiple motorcycles down on the interstate and several people injured. Trooper Dan Magnabosco was first on the scene and located two people with very serious injuries. He noticed one person was bleeding profusely from the lower arm and he immediately applied a tourniquet to the arm to stop the bleeding. Another person was unconscious but breathing. Magnabosco, along with several bystanders administered emergency aid until the Indianapolis Fire Department arrived. Six people were transported to area hospitals by ambulance, two with serious injuries and four with non-life threatening injuries. The westbound lanes of I-70 were closed while the crash was investigated.

Indiana State Police Crash Reconstructionist Lt. Tyler Utterback responded to the scene and determined at least three separate crashes occurred, involving a total of four motorcycles. Two of the crashes involved a single motorcycle and one involved two motorcycles that collided. The motorcyclists were participating in an organized motorcycle ride called the Patriot Freedom Ride. The chain reaction crash began when a white passenger vehicle cut in between some of the riders, causing one motorcyclist to take evasive action, striking another motorcycle. Two other motorcyclists lay their motorcycles down trying to avoid the crash. The white passenger car did not stop at the scene and there is no further description of it.

At the time of the release five of the six injured riders were in stable condition, the status of the most seriously injured rider is unknown.

The interstate has since reopened and there is no further information to release.