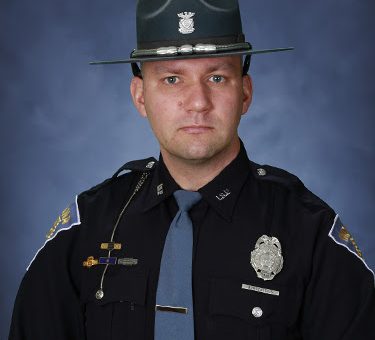 In this new assignment, Corporal Inczauskis will oversee late-night State Police operations for the Toll Road and Bremen Districts, both of which are dispatched out of the ISP Regional Dispatch Center in Bristol.

Inczauskis has spent his entire ISP career assigned to the Toll Road Post.  During his tenure he has served as a Field Training Officer (FTO), Crash Reconstructionist, Background Investigator, and has Level 1 MCSAP certification in commercial motor vehicle inspections.  Inczauskis was also chosen as the 2014 Trooper of the District for the Toll Road Post.

Inczauskis lives with his family in Elkhart County.