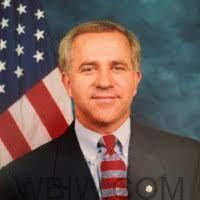 NEW YORK — A former U.S. congressman from Indiana, technology company executives, and an investment banker was among nine people charged in four separate and unrelated insider trading schemes revealed on Monday with the unsealing of indictments in New York City.

Authorities planned a news conference to describe the various ways defendants allegedly used inside information to make millions of dollars illegally in the stock market.

One indictment identified Stephen Buyer as someone who misappropriated secrets he learned as a consultant to make about $350,000 illegally. Buyer, a Republican congressman from 1993 through 2011, served on committees with oversight over the telecommunications industry, the indictment said.

Buyer was accused in court papers of engaging in insider trading during a merger of T-Mobile and Sprint, among other deals. It said he leveraged his work as a consultant and lobbyist to make illegal profits.

In another case, three executives at Silicon Valley technology companies were charged with trading on inside information about corporate mergers that one of them learned about from his employer.