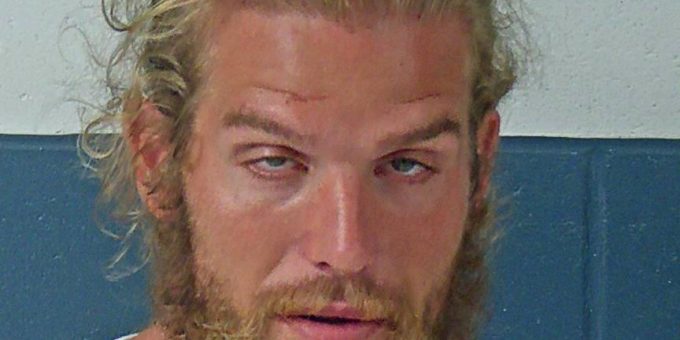 MITCHELL – A West Baden man was arrested Tuesday after a Lawrence County Sheriff’s Department deputy responded to a report of a vehicle parked partially in the roadway at 5:53 a.m. and a male slumped over in the vehicle on Parks Implement Road.

When police arrived the rear lights came on for a second and the vehicle was running and appeared to be in gear. Police found 29-year-old Nicholas England in the driver’s seat.

England was asked for his driver’s license and after fidgeting around behind his back he finally found his billfold laying in his lap. Police say England’s eyes were very droopy and somewhat bloodshot and his pupils were very constricted, his dexterity was poor, his speech was slurred, and he appeared to be under the influence of some type of drug.

England failed field sobriety tests. He told police he had “smoked some weed and was taking suboxone”.

England was then detained.

Officers then did an inventory of the vehicle and found a small plastic baggy containing a gram of crystal meth and the vehicle was towed from the scene. England was arrested on charges of possession of meth, operating a vehicle while intoxicated on a controlled substance.