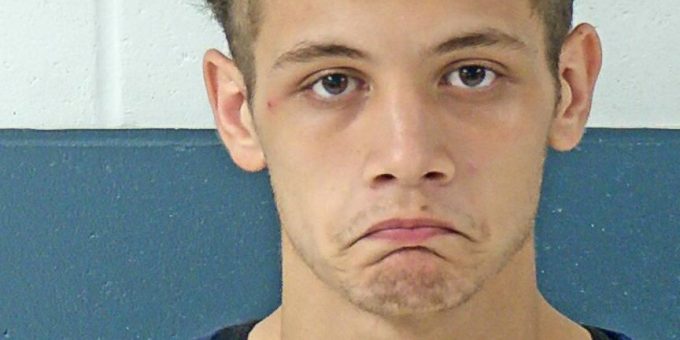 BEDFORD – A Spencer man was arrested after Bedford Police Department received a 911 call at 1:09 a.m. Monday reporting there were two males in the parking lot of Bliss Place and one had briefly entered the facility.

When police arrived they spoke with employees of Bliss Place. One said they noticed the two males when she was on her break. She then asked another employee to go with her outside so she could move her vehicle. Once they both exited the vehicle one of the males came from the southside of the building and approached them. Both women entered the building but before the door could close one of the males opened the door and asked about a female that neither were familiar with and then left after noticing one of the females was on the phone calling the police.

Officers arrived and checked the area surrounding the building and could not locate the men. While searching the area they found a denim jacket containing a used syringe. They told police one of the men was wearing the jacket.

Shortly after leaving the scene, the Bedford Police Department received a second 911 call from the facility stating that one of the males had returned.

When police arrived they found 19-year-old, Elijah Del Fierro. Police say while speaking with Elijah, he was moving erratically and making incoherent statements.

When asked if he had used any illegal drugs, Del Fierro said “no, not recently” but he had used meth on Sunday.

Del Fierro was arrested on a charge of public intoxication.