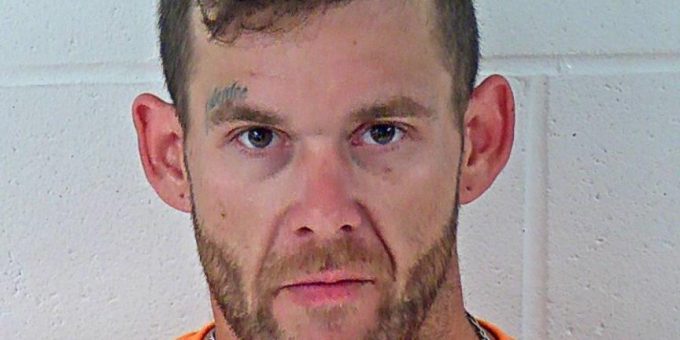 BEDFORD – A Bedford man was arrested Monday when Bedford Police officers were called to Walmart after a male attempted to make a fraudulent return.

When police arrived they found 31-year-old Airon Lagle shopping in the men’s department.

Lagle agreed to return to the asset protection office with officers and Walmart personnel.

A Walmart asset protection employee explained that Lagle was seen walking into the entrance and directly to the sporting goods department. Once in the department, he selected two toy guns and immediately went to the customer service desk to make a no-receipt return for store credit. He received a gift card in the amount of $86.48 and then went back into the store to shop.

Lagle admitted to the crime and was trespassed from the store and the gift card was recovered.

Police found a syringe in a glasses case in Lagle’s possession. He admitted he had “barely used” the syringe and he had used Heroin two days prior.

While speaking with officers Lagle was sweating, agitated, and shifting in his seat.  He continued to jerk in his seat and when standing, continuously stumbled and tried to slump over.

Once Lagle was placed in handcuffs he immediately began saying he was dizzy and dehydrated. Lagle requested emergency medical attention and was transported to IU Health Bedford where he was medically cleared and transported to the Lawrence County Jail.