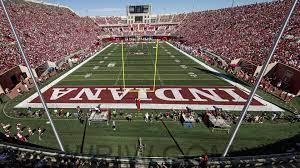 BLOOMINGTON — Indiana University Athletics has announced they will immediately transition to completely cashless payments for ticketing, concessions, and merchandise purchases at all their venues and shops.

According to the school, the move to cashless is designed to “improve the pre-game and gameday experiences for all Hoosier fans by reducing the amount of time that fans are waiting in lines, be it at a ticket window, concessions area, or merchandise stores/stands.”

Switching to cashless payments will help the concession areas at the venues to increase the number of point-of-sale locations in their existing space.

Apple Pay and Goggle Pay will also be accepted at concessions locations and the IU Team Store for game-day apparel sales.

When they re-open later this summer, the Indiana Hoosiers Team Store locations at Simon Skjodt Assembly Hall and the Carmichael Center will also be exclusively cashless.