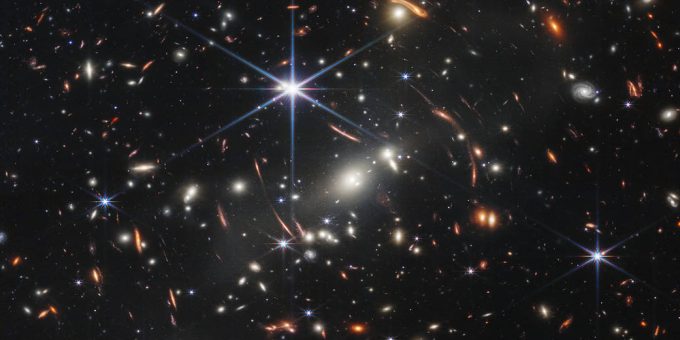 WEST LAFAYETTE – Star birth, star death, exoplanets, galaxies, and a window that looks back to the universe 13.1 billion years ago: That’s what the James Webb Space Telescope (JWST) delivered when it released its first handful of scientific images on Tuesday (July 12).

As he has from the beginning, astronomer Danny Milisavljevic watched with fellow astronomers, witnessing the universe unfold before his eyes.

“These images were incredible,” Milisavljevic said. “JWST just launched a new era of space exploration. The images pushed the envelope of my understanding – of my ability to even explain what I was seeing. These images reveal all sorts of structures that we have never seen before and led me to ask all sorts of questions that I had never even thought to ask.”

An assistant professor of physics and astronomy in Purdue University’s College of Science, Milisavljevic leads a team of collaborators that will study images like the ones JWST released for insights into the life cycles of stars, galaxies, and the universe itself. JWST is the most powerful space telescope ever launched and the successor to the Hubble Space Telescope, which allowed humans to see farther into space and deeper into time. After launching in late December and reaching its orbit in January, the JWST has been calibrating its instruments and preparing for its role as humanity’s longest-sighted eyes.

Milisavljevic emphasizes that the telescope is not just larger or more powerful than the Hubble – though it is those things – but it also incorporates scientific knowledge learned from the Hubble to look at the stars in an entirely new way.

JWST is larger than Hubble. Its primary mirror is about 20 feet across, while Hubble’s is just 8 feet across. Hubble’s telescopes looked primarily at objects in the ultraviolet, visual and near-infrared wavelengths. But many objects that astronomers want to see and study — like the universe’s oldest galaxies, exoplanets and stars — are hidden behind swaths of dust. Infrared wavelengths allow scientists to get a clearer view than visual wavelengths of light could give them.

Eyes on the sky

Milisavljevic is collaborating on several JWST projects and is serving as principal investigator in looking at Cassiopeia A, a supernova remnant about 11,000 light-years away.

The project will take place during the first year of JWST’s research, beginning after it reaches L2. JWST will use infrared imaging and spectroscopy to examine Cassiopeia A. Scientists want to study how it formed and look at the neutron star, an X-ray source in the heart of the cloud of star-stuff.

Purdue engineers and scientists have designed the space systems and equipment that are humanity’s eyes in the sky since the very first American satellites launched. That heritage of space exploration — including footprints left on the moon by Purdue astronauts — is part of what drew Milisavljevic to Purdue.

Purdue graduates worked on the rockets that took the first unmanned American satellites — on the heels of Sputnik — into space. They were instrumental in the Mercury, Gemini and Apollo programs as astronauts, researchers, and engineers. Drew Feustel, a Purdue astronaut from the same department as Milisavljevic, was on the final mission to fix Hubble and restore its ability to send clearer images back to Earth.

As with so many other rockets, satellites and telescopes, Purdue hands helped build it, and Purdue eyes will be watching as the Ariane 5 rocket reaches the sky.