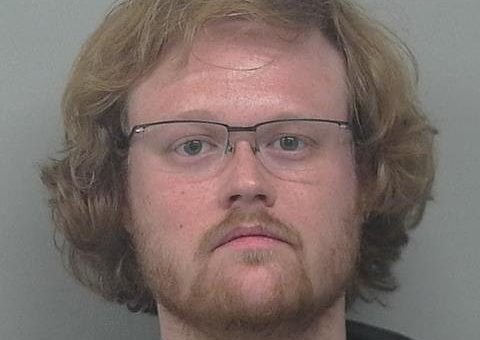 FLOYD COUNTY- A 28-year-old man living in Louisville, Kentucky, was arrested on several child sex-related charges after an investigation by Trooper Benjamin Davis from the Indiana State Police in Sellersburg.

On June 25th, 2022, the parents of a 15-year-old girl contacted the Indiana State Police (ISP) in Sellersburg to report a possible inappropriate relationship between their daughter and whom they believed to be a 19-year-old man.

Trooper Benjamin Davis met with the parents, and the ensuing investigation corroborated the parent’s fears. While investigating, Trooper Davis also observed numerous communications which were allegedly sexual in nature and alluded to the male attempting to meet with the daughter again secretly.

On July 2nd, as part of the continuing investigation, Trooper Davis and other officers waited near the family’s residence in Floyd County. At approximately 11:30 p.m., Trooper Davis stopped the suspect’s vehicle near the parent’s home. The suspect was identified as Shawn C. Riedesel by his Minnesota Driver’s License. Shawn Riedesel was, in fact, 28 years old. Due to information obtained during the investigation, officers believe Shawn Riedesel was currently residing in Louisville, Kentucky.

Riedesel was arrested at the time of the stop and was transported without incident to the Floyd County Jail. Riedesel is currently charged with sexual misconduct with a minor – Level 4 Felony, child solicitation – Level 4 Felony, child exploitation – Level 5 Felony, possession of child pornography – Level 6 Felony, contributing to the delinquency of a minor – Class A misdemeanor