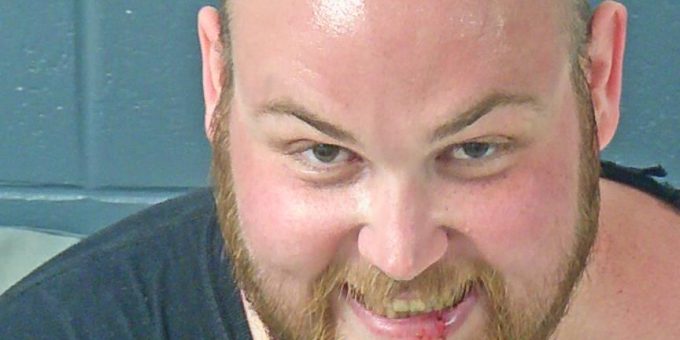 OOLITIC – A Greenwood man was arrested Monday afternoon, when officers were called to the 600 block of West 9th Street after a report of an unwanted person.

Lawrence County Sheriffs were called in reference to a man, identified as 29-year-old Bryce Allen Gerkin, of Greenwood, was at a residence in Oolitic, in violation of a protective order.

Oolitic Town Marshal, James T. Harrington arrived on the scene and called out to Gerkin to exit the residence, before placing him in handcuffs. As he walked Gerkin to his patrol car, he attempted to resist Marshal Harrington, resulting in him falling and hitting his head on the ground. An IU Health Ambulance arrived on the scene to treat Gerkin’s injuries.

Members of the Lawrence County Sheriff Department arrived on scene to talk with the residence of the home, who told officers Gerkin was acting in a threatening manner.