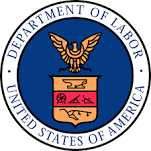 INDIANAPOLIS – Governor Eric J. Holcomb announced Wednesday, that he has selected David Redden as the new commissioner of the Indiana Department of Labor (DOL).

“David brings a great deal of experience in managing workers and workplaces across Indiana,” said Gov. Holcomb. “He will continue the steady leadership of the Department of Labor in its work to enforce the laws around workplace safety, wage and youth employment.”

He earned a bachelor’s degree in marketing and a master of arts degree in management science from Ball State University.

The Department of Labor works to advance the safety, health and prosperity of Hoosiers in the workplace by providing workplace safety and health consultations, conducts workplace inspections, enforces wage and hour laws, and monitors and enforces youth employment laws.

Redden replaces Joe Hoage, who was named commissioner of the Indiana Bureau of Motor Vehicles. Redden begins his tenure as commissioner on July 25.