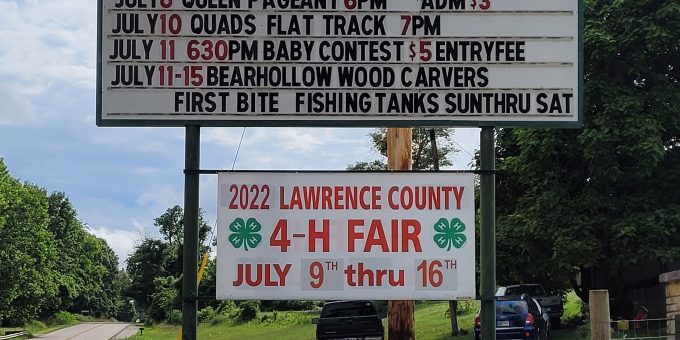 LAWRENCE COUNTY – Results for the Swine Show during the Lawrence County 4-H Fair have been released.