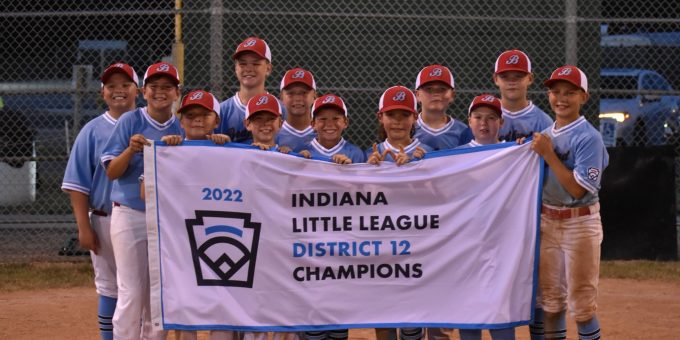 BEDFORD – The Bedford All-Star 11/12u baseball team is heading to the 2022 Little League Indiana State Tournament in New Castle, Indiana, with their first game set for Friday, July 22nd at 5:00 p.m.

The players participated in the Boys & Girls Club of Lawrence County Summer Baseball League, and tried out for the district team. Through four teams in the 11/12u age bracket participating and picked to play, they made their way through the district games and are ready for the State Tournament.

All donations and proceeds from the 50/50 raffle, and future fundraisers will go directly to the team to offset costs for uniforms, and room/board. Those interested in supporting the team can purchase 50/50 raffle tickets at a reasonable price:

To purchase 50/50 raffle tickets, contact Jodi Johnston at (812) 219-1739. The winner of the 50/50 raffle will be announced on Thursday, July 21st at 7:00 p.m. and will be contacted immediately via phone. Everyone who purchases tickets will also be entered for a chance to win one of three additional prizes., a Bogg bag set, four oil changes from Hubler Chevrolet in Bedford, or a Starbucks set.

Members of the 2022 Baseball District Team include: