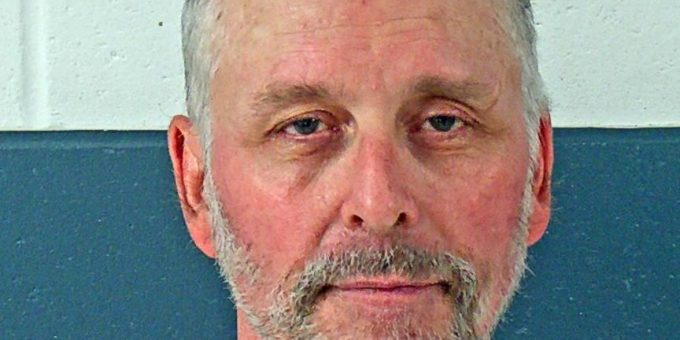 OOLITIC – An Oolitic man was arrested on Monday, July 4th after a report of a man hitting another man with a crowbar. Officers responded to 504 11th Street in Oolitic.

The caller said 59-year-old Ricky Wagers had hit another male with a crowbar and spit on him. Wagers had also allegedly threatened a 14-year-old child.

Officers knocked on the door and Wagers answered but refused to comply with the officer’s commands.

The officer left the home and spoke to witnesses. That is when Wagers took off running into his backyard. He then saw the officer and went running back into his home and shut the door preventing the officer from pursuing him inside the residence. The officer forced open the door and detained Wagers.

While walking up to the police vehicle Wagers attempted to spit on another officer.

Wagers told the officer “there has been bad blood between him and the victim”.  The victim was a Trump supporter and Wagers was not. A verbal altercation took place and it turned heated when he had touched the victim on the hand with a copper grounding wire not a crowbar.

Wagers allegedly attempted to stab the vehicle with the copper wire and ended up cutting the victim’s finger. He was treated at the scene by an IU LifeLine ambulance crew.