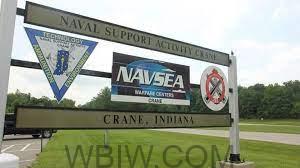 According to the Public and Congressional Affairs officer Marshall Howell, firefighters determined that the best course of action was to let the controlled fire burn itself out.

The fire started at approximately 10 p.m. Tuesday in an outside munitions storage bin. Army employees reported the fire and firefighters were able to quickly contain the blaze.

Workers were evacuated from the area. There is no danger to the public.

Firefighters will continue to monitor the blaze as they wait for it to burn out.