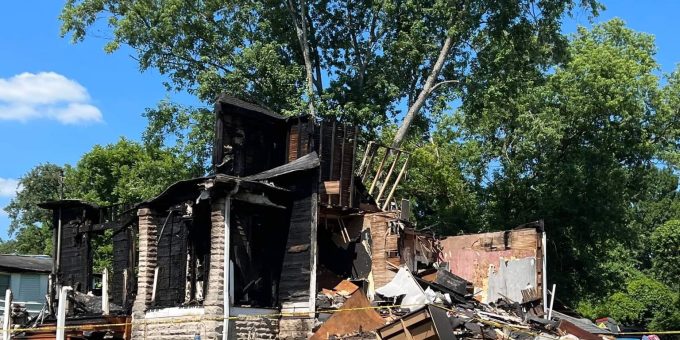 BEDFORD – Bedford Firefighters responded quickly to a house fire over the Fourth of July weekend with all residents safely getting out of the home.

According to Bedford Fire Chief John Hughes, the call came in around 2:37 a.m., with Fire Engine 2 arriving on the scene within three minutes of receiving the call.

Three engines, along with nine firefighters arrived on the scene to see the home engulfed in flames, with the fire venting itself out and shooting flames through the roof.

Everyone was out of the home waiting on the firefighters’ arrival. The home did have smoke detectors which are believed to have been instrumental in alerting the residents in time to evacuate safely. The three residents as well as their dog were able to avoid injury due to the fire.

Units remained on the scene for four hours to work on hot spots and ensure the fire had been completely extinguished. The final unit left the scene around 11:05 a.m.