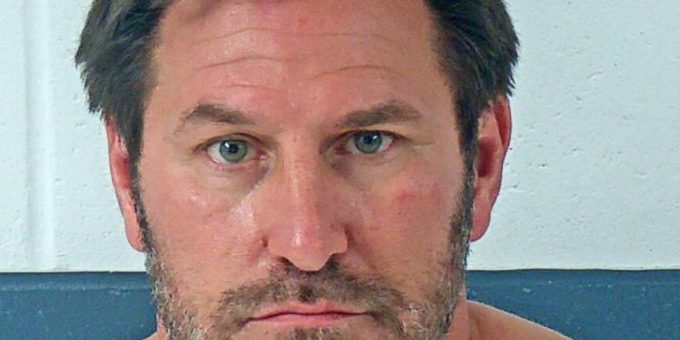 BEDFORD – A Bedford man was arrested after Bedford Police officers were called to 702 O Street at 12:55 p.m. after a report of a man standing outside of a residence.

The woman told police that 48-year-old Michael Nikirk had repeatedly beaten her and she was “black and blue all over”.

Police say the woman had no visible injuries. She then stated Nikirk was “currently high on meth and that she had to get away”.

Officers approached the residence and could see several glass smoking devices on a table just inside the glass storm door. Officers entered the residence to speak with Nikirk and found him rifling through a closet in a bedroom.

An officer noticed a lump in Nikirk’s sock which Nikirk removed. The lump was a small plastic baggie containing crystal meth.

Police say there were two children at the home.