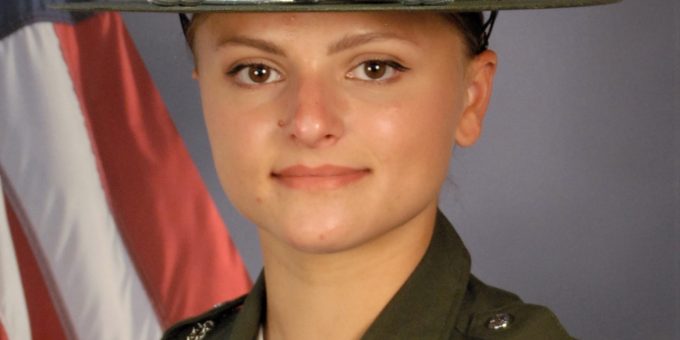 Officer Kaley McDonald will be assigned to Greene County.

McDonald is a native of New Jersey who graduated from Monroe Township High School in 2013. She attended Middlesex County College, where she studied earth science and earned an Associate of Science degree in 2018.

She comes from a law enforcement family. Her father has served as a municipal police officer and park ranger in New Jersey and Florida. Her grandfather has worked for the New York and New Jersey Port Authority for 20 years. Her uncle served with the Greene County Sheriff’s Department for 23 years.

McDonald was hired in 2019, graduated as a member of the 38th ICO recruit class, and was originally assigned to Monroe County.

Caleb Hutchison is a native of Owen County and a 2010 graduate of Owen Valley High School. He studied conservation law at Vincennes University and graduated in 2012 with an Associate Degree in Applied Science.

Upon graduation from Vincennes, Hutchinson became a reserve officer for the Spencer Police Department and later a deputy with the Owen County Sheriff’s Department. There, in 2018, he and his K-9 partner Koda were recognized as the Patrol Dog Team of the Year by the American Police Canine Association.

Matthew Mauder, also a native of Owen County, graduated from Owen Valley High School in 2017. He also attended Vincennes, where he studied conservation law and earned his Associate of Science degree in 2019.

Upon graduation, Mauder was employed by the Spencer Police Department as a patrol officer.

Both Hutchison and Mauder were hired in 2021 as members of the 39th ICO recruit class.

“We are very excited to have these officers in our district and for them to become ingrained into their communities,” said District Commander Lt. Dale Clark. “Their passion for the outdoors and desire to serve the public make these officers a welcome addition.”