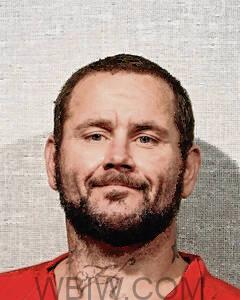 SEYMOUR – On June 16, 2022, patrol officers with the Seymour Police Department investigated a burglary at Storage Express, located at 1339 W. Tipton St. in Seymour.

The complainant advised that their unit had been broken into about a week prior and stated they were missing items totaling $3,000.00. On June 21, 2022, and after conducting a follow-up investigation, investigators with the Seymour Police Department learned that two additional storage units were broken into, and miscellaneous items were taken. A suspect was also developed from the burglaries.

On June 27, 2022, investigators interviewed the suspect involved in the burglaries identified as 39-year-old Travis J. Baughman of Seymour. During the interview, Baughman admitted to cutting the locks off the storage units and taking items from the units.