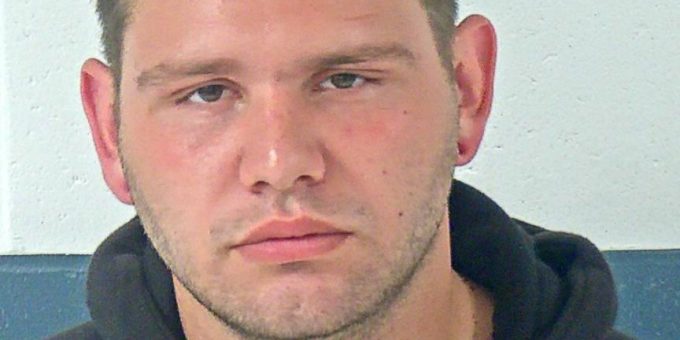 LAWRENCEPORT – A Mitchell man was arrested after a warrant was issued for him on charges of criminal mischief and criminal trespass.

Police arrested 23-year-old Jesse Curren after police received a complaint on May 26, 2022, that someone in an older Chevrolet Tahoe was doing donuts in his corn field, destroying it.

The field was located in Lawrenceport Bottoms, east of the boat ramp.

A witness told police that the Tahoe was broken down at the boat ramp and there was another driver in a black Dodge Challenger there assisting the driver of the Tahoe. Officers located both vehicles at a home at 32 Sunset Street in Bedford.

The Tahoe was covered in fresh wet mud and Jesse Curren had been driving the vehicle.

Curren admitted to being in a field with his vehicle. He said he was in the field because he was having vehicle issues that required him to go off-road. He denied doing donuts in the field. But then admitted “we were just having a little fun.

The damage to the crop was estimated at approximately $2,500.