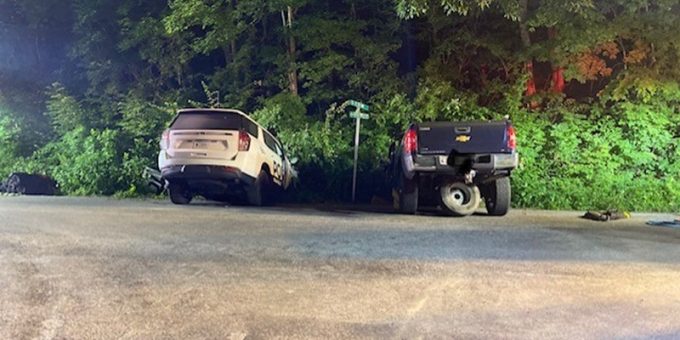 JOHNSON CO. – A driver died and a Trafalgar Police officer was injured after a chase early Saturday morning in southern Johnson County.

According to Johnson County Sheriff’s Department reports, the Trafalgar officer attempted to stop the driver of a pickup who failed to stop at a stop sign at the intersection of State Road 135 and County Road 300 South at about 3:36 a.m. Saturday.

The officer tried to pull the vehicle over, but the driver fled. The pursuit continued to the T-intersection of County Roads 300 South and 600 West, where both vehicles crashed into an embankment.

The officer radioed for assistance and both drivers had to be rescued from their vehicles.

The police officer was flown by a LifeLine helicopter to Eskenazi Hospital with back, hip, leg, and internal injuries. He is listed in serious but stable condition.

The pickup driver was pronounced dead at the scene by the Johnson County coroner’s office.

The names of the drivers have not yet been released and the crash remains under investigation.