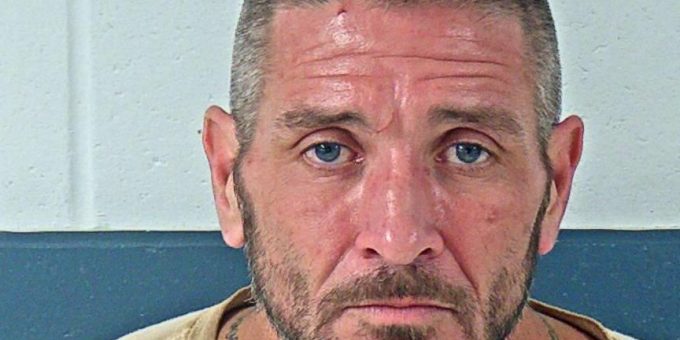 Police arrested 51-year-old Michael Moore on a charge of invasion of privacy.

According to a probable cause affidavit, on that day, Indiana State Police troopers went to a home in the 520 block of Grissom Avenue looking for Moore. The homeowner told police Moore was not there.

At 4:40 p.m. Moore called the homeowner and asked why police were there. He was told he needed to come home. He arrived at the home at 6:40 p.m. Troopers and Lawrence Sheriff’s Department deputies approached his vehicle and confronted Moore and his female passenger.

Moore told police he had been with the woman at the Mark III Motel on M Street and the two had been using meth together the night before.

Police learned that there was an active protective order in place preventing Moore to be with the woman.

Moore was arrested on a charge of invasion of privacy.

It is unclear why police were at the home looking for Moore.