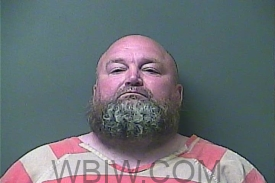 MICHIGAN CITY –   On Wednesday, June 22, 2022, members of the Indiana State Police Cyber Crimes Unit served a search warrant in the 2700 block of Wozniak Rd. in Michigan City, IN.

His warrant service was the result of an extensive investigation conducted by detectives from the Indiana State Police Internet Crimes Against Children (ICAC) Task Force. The investigation began when a tip was received from the National Center for Missing and Exploited Children (NCMEC) regarding activities on a social media account associated with Scott A. Dailey.

Dailey, 50, was taken into custody without incident. He was later transported to the LaPorte County Jail where he will remain until his initial hearing. He is preliminarily charged with one Level 5 Felony count of possession of child pornography.

Charges listed in this release are accusations of criminal activity. Final charges will be determined by the LaPorte County Prosecutor’s Office.