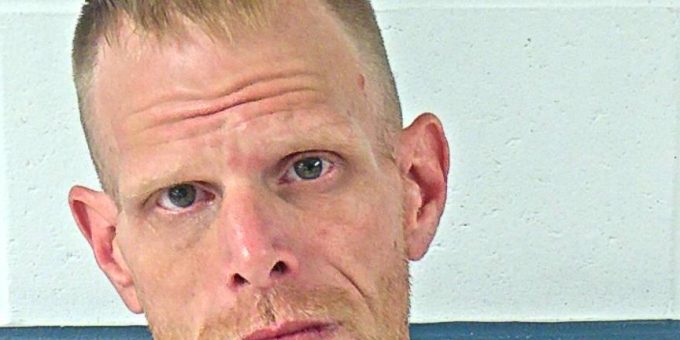 BEDFORD – The probable cause affidavit has been released on William Blackwell’s attempted murder charge.

According to Bedford Police, on June 15, 2022, at 12:52 a.m., officers were dispatched to 1213 7th Street after a report of a verbal domestic. While en route to the address, Bedford Dispatch advised that a second call was received by a female reporting that she needed an ambulance for a male that was bleeding from the head from a fight. The female hung up the phone and did not provide any additional information.

Upon arrival, officers were met at the front door by the female caller, who told police a male was upstairs in the bathroom and he was bleeding.

Officers went upstairs and located the male victim laying on the bathroom floor and bleeding from multiple areas on his body.

The male told police, “he broke into the apartment and I was in the bathroom. I heard her (the female caller) scream his name so I locked the bathroom door, he broke it open with a metal pipe and hit me in the head.”

The male refused to identify Blackwell as his attacker, saying “he didn’t want to say”.

An officer stayed with the injured man and rendered first aid. He then went back downstairs to speak with the female.

The woman told police that her ex-boyfriend 40-year-old William Blackwell was the one who injured the other male.

The woman told police she was upstairs when she heard a loud noise so she went downstairs to investigate.

When she got downstairs she found Blackwell standing in the living room.

He asked the woman “Where is he?” and ran up the stairs.

She said Blackwell was armed with a pole or a stick but she wasn’t sure exactly what it was. Officers reported the weapon was a steel pipe.

The woman started to follow Blackwell up the stairs in an attempt to get him to leave.

The woman stated that during this altercation she could hear her toddler crying in an adjacent bedroom so she went into the bedroom to calm her child.

Blackwell then ran down the stairs and left the home and the woman called 911.

The woman told police she believed Blackwell got into the apartment through a window.

Blackwell also broke three windows of a vehicle at the scene.

An IU Lifeline ambulance crew arrived on the scene and transported the injured male to the hospital for treatment.

Officers searched the area for Blackwell.

Also while checking the area,  officers located in a child’s play house in the backyard, two glass smoking devices, a baggie of marijuana, two baggies containing crystal meth residue, and some pills.

Officers received information that it was possible that Blackwell may be at a home located in the 1510 block of 9th Street, however, he was not there when police arrived. They did find a backpack on the west side of the garage that belonged to Blackwell.

On June 16, 2022, an officer talked to the male victim who did sign a battery affidavit.

The male victim told police that Blackwell had only hit him with the steel pipe and did not punch him.

The male told police that Blackwell had threatened him via text message about a month ago when he started dating Blackwell’s ex-girlfriend. The victim showed the officer the messages.

Police say in the messages Blackwell had threatened to kill the victim and also shoot the female in the knee.

Blackwell implies that he is in possession of a firearm and states that the cops will have to shoot him and that is the only outcome.

Police also learned Blackwell had done additional damage to the victim’s vehicle including cutting the brake, fuel, and power steering lines on the vehicle.

The information was forwarded to the Prosecutor’s Office and a warrant was issued for Blackwell’s arrest on charges of attempted murder, aggravated battery, battery causing serious bodily injury, battery with a deadly weapon, intimidation, burglary, and criminal mischief.