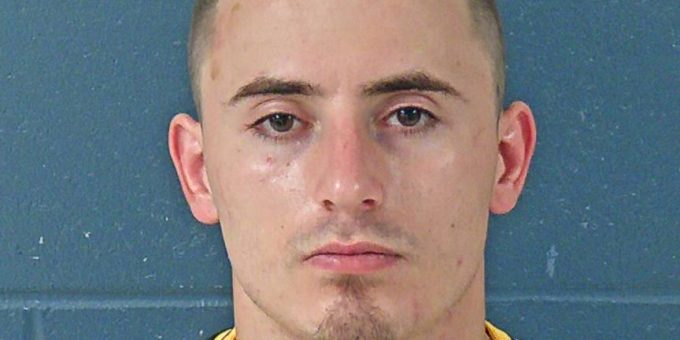 The driver, 26-year-old Skylar Schofield pulled the white Ford Ranger into a driveway at 999 Woodsferry Road.  The vehicle had been reported stolen at 11:56 a.m. and Schofield had taken the vehicle without permission.

When the officer exited his vehicle, Schofield approached him saying he knew why the officer was there and he had not returned the vehicle because he was waiting on his mother to arrive home to give him gas money.

The owner of the vehicle was contacted and told to pick up the vehicle at 999 Woodsferry Road. Schofield was arrested on a charge of auto theft and transported to jail.