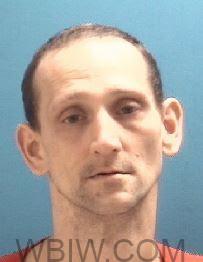 COLUMBUS – On Thursday, a Columbus, Indiana man was arrested on charges of possession of child pornography following a four-month investigation by the Indiana State Police and the Internet Crimes Against Children (ICAC) Task Force.

The investigation began in February 2022 after the Indiana State Police received six cyber tips from the National Center for Missing and Exploited Children (NCMEC).  The tips were initiated after three internet service providers submitted reports to the NCMEC.  The NCMEC is a private, non-profit organization that assists law enforcement in the prevention of child abduction and sexual exploitation.

During a search of the residence, additional evidence related to the possession of child pornography was located.

As a result of the investigation, Mark A. Scolley, 38, was arrested on seven counts of possession of child pornography.  He was transported to the Bartholomew County Jail where he was incarcerated.