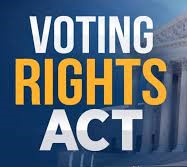 BEDFORD – The Lawrence County Election Board will meet on Wednesday, June 29, at 2:00 p.m. in Voter Registration Office at Courthouse Plaza.

The board will address a complaint filed by Rob German who said an individual or individuals were “electioneering” at the Mitchell Community Center during the May primary election.

Electioneering is the activity of trying to persuade a person to vote for a particular political party.

During the primary election officials received several complaints of campaign workers blocking the entrance to the polls and trying to pursue voters.