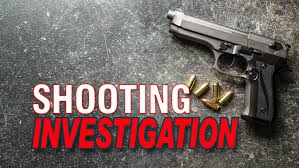 BLOOMINGTON – The Bloomington Police Department detectives are investigating a shooting that occurred in the 1200 block of North Maple Street.

On Tuesday, June 14th at approximately 10:56 p.m., officers responded to the area in reference to a report of a person shot.

Upon arrival, officers located a 21-year-old woman inside an apartment with multiple gunshot wounds. Officers began administering emergency medical care until the arrival of an ambulance. She was transported to IU Health Bloomington Hospital for treatment but was later flown to an Indianapolis hospital via LifeLine helicopter due to the seriousness of her injuries. At the time of this release, the current condition of the victim is unknown.

Police learned that the victim and a 17-year-old male had been standing outside the apartment when someone began firing multiple times at them from the area of the parking lot.

It is not known how many rounds were fired, nor how many shooters there were.

After the shooting, a passenger car was seen leaving the area at a high rate of speed, but police say it is unknown if the vehicle was involved in the shooting.

No other information is available for release. Anyone with information about the shooting is asked to contact Detective Kevin Frank at 812-349-3322.