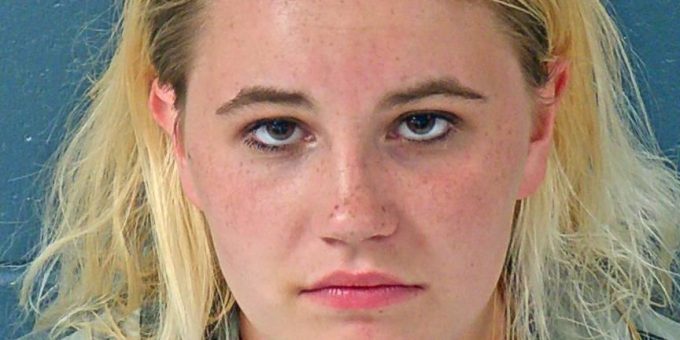 BEDFORD – A Shoals woman was arrested Wednesday after a warrant was issued for her arrest on a charge of residential entry.

According to a probable cause affidavit, on May 24, 2022, Bedford Police officers were called to 1911 12th Street at 9:38 p.m. after a report of a male attempting to break into the caller’s home.

The caller reported she came home and found her son and his girlfriend, Kayla Conley, inside of her home. They had entered through a window after removing a window air conditioner.  The caller had a protective order against both her son and Conley. The caller says she found Conley hiding in her bathroom when she got home. She then got into an argument with her son and the two left the home.

Officers searched the area but were unable to locate them.

The information was forwarded to the Lawrence County Prosecutor’s office and a warrant was issued for Conley’s arrest.