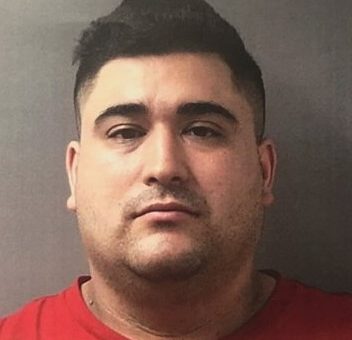 Eduardo Posso died on May 24, 2019. According to an autopsy, the boy had been beaten and starved. He only weighed 50 pounds at the time of his death.

He died after his father took his lifeless body to IU Health Bloomington Hospital. His father, Luis Posso, claimed the boy slipped and fell in the shower, but authorities said the boy was murdered.

Eduardo Posso was chained, beaten, and shocked with an electric dog collar, then left alone in the bathroom of the Economy Inn in Bloomington for weeks.

According to Monroe County Coroner Joni Shields Eduardo died of starvation saying he was “severely emaciated” and had bruises all over his body.

The couple’s three other children, a 9-year-old girl, a 5-year-old boy, and a 2-year-old boy, were placed in the care of Child Protection Services. Officials say they appeared to be healthy.

Posso pleaded guilty in a negotiated plea deal in Monroe Circuit Court to a charge of murder. The following charges were dropped, neglect of a dependent resulting in death, neglect of a dependent, criminal confinement with injury, and battery resulting in injury to someone younger than 14. Posso’s sentencing hearing is scheduled for August 18, 2022.

The boy’s stepmother 28-year-old Dayana Medina-Flores also pleaded guilty in July 2021 in a negotiated plea deal to her part in the murder and was sentenced by Judge Christine Talley Hasemen to 65 years in prison. Her attorney has filed for a sentence reduction saying Medina-Flores, feared physical retaliation from her husband if she didn’t comply with his demands.

Medina-Flores and Posso worked as independent contractors for a circus and passed out event flyers for a living. They traveled to different cities and states for work.