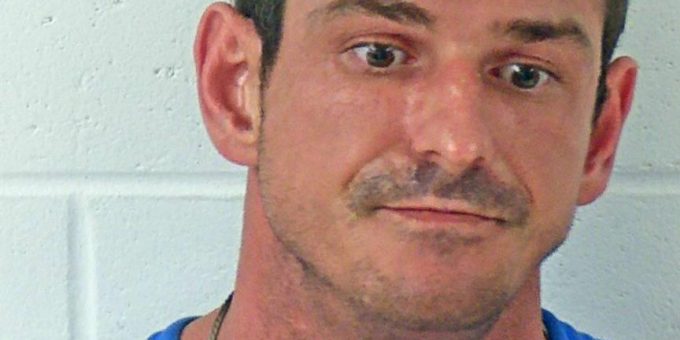 BEDFORD – A Bedford man faces new charges after a Lawrence County Sheriff’s Department deputy was called to the jail on Thursday, May 26th  after a jailer located fentanyl on an inmate.

That inmate was 37-year-old James Ingram, who had been arrested on an out-of-county warrant.

The drug was found in Ingram’s sock when Ingram was changing from his street clothes to a jail uniform. The special deputy asked Ingram to retrieve the item from his sock and that is when Ingram threw the drug into the toilet and then flushed it. The deputy was able to grab the fentanyl which was wrapped clear plastic covered with aluminum foil. The drug, which weighed 3 grams and tested positive for meth and fentanyl.

The special deputy asked Ingram to step onto the body scanner, but Ingram refused. The deputy then attempted to take Ingram away from the body scanner to avoid damaging any equipment. Three officers detained Ingram and placed him into the detox room once Ingram began kicking the door. Officers attempted to restrain Ingram and he continued to resist where he swung and kicked at officers.