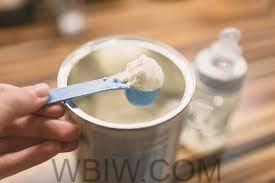 INDIANA – Abbott Nutrition said Tuesday that it plans to restart work at the Sturgis, Michigan, plant at the heart of the nationwide baby formula recall on June 4, with the first batches of new formula expected to be available to consumers on or around June 20.

When the plant resumes manufacturing formula, the company confirmed to the US Food and Drug Administration, that it will start with EleCare and other specialty metabolic formulas.

Abbott will also release about 300,000 cans of EleCare Specialty Formula on a case-by-case basis to people who need it urgently. This is an amino acid-based hypoallergenic product for babies who can’t tolerate cow’s milk in other formulas due to an intolerance or allergy.

This formula was not a part of the company’s recall earlier in the year, but it has been on hold at the Sturgis plant because the agency was concerned that it was produced under “insanitary conditions.” The FDA said the formula will undergo enhanced testing to make sure it is safe.

The formula will be available immediately at no charge. Parents and caregivers can ask their doctors for more information or call Abbott at 1-800-881-0876.

Similac and Alimentum powder formulas that were recalled in February are not included in the product release, Abbott said.

Under the consent decree, the company will also keep an independent expert on-site to review operations and to make sure the plant is in compliance with FDA rules.