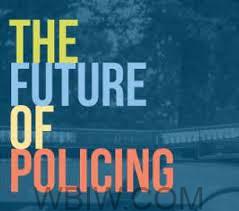 BLOOMINGTON – The Future of Policing Task Force (FPTF) has released a report covering the first nine months of their work. This report covers the methodologies used for gathering data, challenges faced by the task force, as well as initial recommendations that were submitted to Mayor John Hamilton in late April.

The nine recommendations include ongoing intercultural/interpersonal communication and diversity training for police officers, increased social/personal interactions between officers and the public at large and increased coordination between Bloomington Police Department (BPD) social workers and other community care specialists. The report can be viewed at bloomington.in.gov/inclusion.

The task force invites community members to also participate in a Polco (online community engagement poling platform) survey about the future of policing in Bloomington. The survey will be available at https://bton.in/996f0 beginning Wednesday, May 25.

The task force is, among other activities, continuing to gather community input through Polco and other surveys, researching innovative public safety measures in other cities, becoming further acquainted with the daily duties of policing in Bloomington, and examining BPD use of force data.

About The Future of Policing Task Force

In May 2021, the Future of Policing Task Force (https://bton.in/nnwXo) was named to review and make recommendations about law enforcement in Bloomington and Monroe County as part of the City’s commitment to the reduction of racial inequities and continuous improvement of outcomes for all residents. Through its research, this resident-led task force aims to create an optimal vision of law enforcement including policies, practices, protocol, and procedures for Bloomington and Monroe County.

Established as part of the City’s participation in the Divided Communities Project/Bridge Initiative and its December 2019 report (https://bton.in/Yhb1E), the task force is part of a long-term, community-based collaborative process for addressing systemic racism and other forms of discrimination in Bloomington.