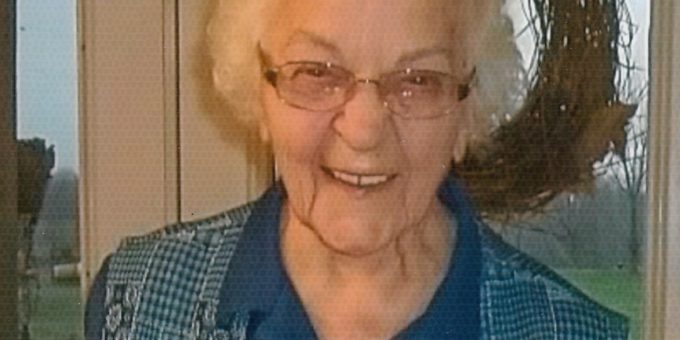 Born in Jackson County to George and Janie (Butler) Hughes, she married Charlie Flinn on November 26, 1938, and he preceded her in death on November 9, 1992.

Jenny was a member of the Pinhook Church of Christ and in later years attended the Midtown Church of Christ in Bedford.  She was a graduate of Shawswick High School and retired from J.C. Penny’s in 1987 after 25 years of employment.

Surviving Jenny is two brothers, Robert Ray (Jane) Hughes and Ollie Thomas Hughes; two nieces who were like daughters to her, Penny Bundy and Debra (Rick) Deckard; and she is survived and loved by many nieces and nephews.

Funeral services for Genevieve (Jenny) Flinn will be on Thursday, May 26, 2022, at 2:00 p.m. at the Ferguson-Lee Chapel of Thorne-George Family Funeral Homes in Bedford with Bro. Mike Davis officiating.  Burial will follow in the Pinhook Cemetery.  Visitation will be from noon until service time at Ferguson-Lee Chapel.

Condolences and memories can be shared at www.FergusonLee.com.