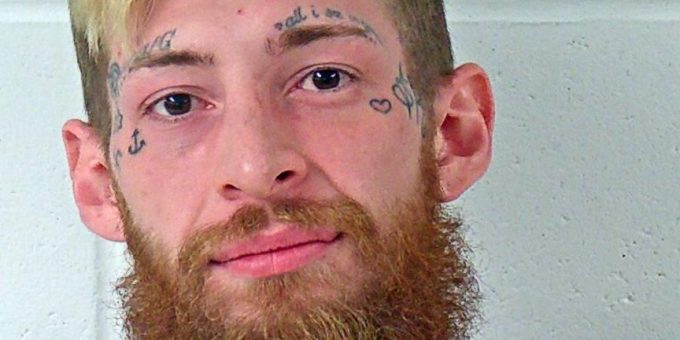 OOLITIC – A Mitchell man was arrested after an incident on Thursday, May 12th when Lawrence County Police officers responded to the Steel House Saloon due to a report of a fight in progress.

When deputies responded, the scene appeared to be calm. Officers spoke to witnesses and victims.

They told deputies that 27-year-old Zane Payton had punched a man and cut another man’s neck with a knife. The incident occurred in the parking lot.

The bartender told police they saw Payton and his girlfriend in the parking lot. The female was on the ground crying. So they went outside to check on her.

A male victim who refused to file charges told police Payton had hit him in the face and then began kicking him when he was down on the ground. This male was attacked because he was trying to intervene on the woman’s behalf. The male suffered injuries to the right side of his face.

A second male confronted Payton and that is when Payton “waylaid” him and he fell on the ground “out cold”. Payton continued to hit the male on the ground. The male suffered a swollen lip and was missing a tooth.

Payton then grabbed his girlfriend by the back of her neck and tried to leave the scene.

That is when another male tried to intervene and help the female but Payton cut that man’s neck with some kind of blade. There was a large amount of blood on the sidewalk to the right of the entrance of the bar. The male victim suffered a deep cut on the man’s neck.

Both male victims were transported by personal vehicle to Monroe County Hospital.

Later officers spotted the female victim’s vehicle on Breckenridge Road with Payton as a possible passenger. Officers followed the vehicle and made a felony stop on Lincoln Avenue.

The female driver confirmed that Payton had shoved her at the bar but she had dropped to the ground herself. She told police she did not see Payton injure anyone at the bar and she did not want to file charges for Payton shoving her.  Officers said there was no sign of physical injuries on the woman.