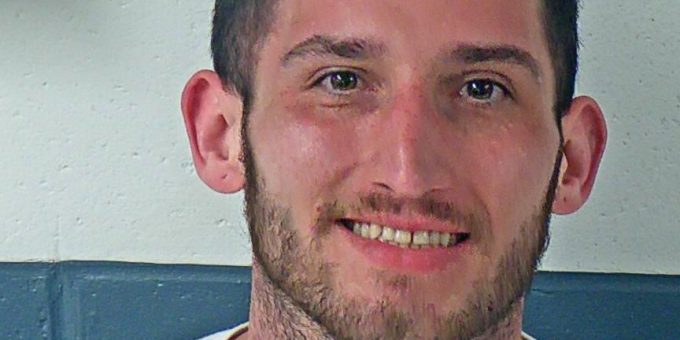 BEDFORD – A Bedford man was arrested early Thursday morning after a Bedford Police Department received a 911 call at 2:32 a.m. from an individual who reported they were being followed by another person in a white car.

The officers spoke to the caller who said the vehicle following him had just pulled off to the side of the road in the area of State Road 37 and John Williams Boulevard.

An officer located the vehicle on the shoulder of State Road 37, just south of 5th Street.

The vehicle was unoccupied, but officers located the driver walking south on State Road 37 near the intersection of 16th Street.

The man identified himself as Gerald Goodwin and gave a false birth date.

While speaking with Stalder he told police he was carrying a handgun. Police learned Stalder did not have a license to carry a weapon.

Stalder also had a dog with him. The dog was turned over to animal control and Stalder was arrested on charges of false informing and possession of a handgun without a permit.