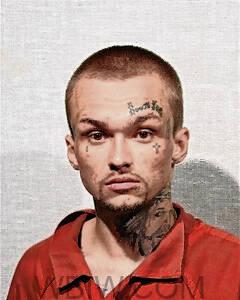 SEYMOUR – On Tuesday, May 10, 2022, the Seymour Police Department received a call referencing a stabbing in the 200 block of East 11th Street in Seymour.

When officers arrived at the scene, they observed blood in the street which led to a residence in the area. A male individual had received a stab wound to his upper body.

Patrol officers were able to secure the scene as Jackson County EMS and the Seymour Fire Department responded to provide medical treatment for the victim, who was taken directly to the helipad at Schneck Medical Center and flown to St. Vincent Hospital in Indianapolis. At the time of the incident release, the victim was listed in stable condition.

Investigators with the Seymour Police Department were then called to the scene. After conducting numerous interviews, a search warrant was issued to process the crime scene.

Crime scene investigators processed the location and collected evidence and determined 26-year-old Jacob Evan Easley, of Crothersville, Indiana, was arrested on one count of battery with a deadly weapon a level 5 felony.

Easley was transported to the Jackson County Jail where he was remanded into the custody of the jail division.

All persons mentioned herein are presumed innocent until and unless proven guilty in a court of law.