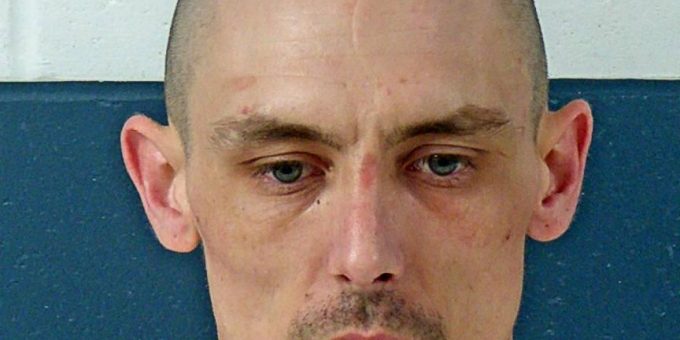 BEDFORD – Bedford Police officers responded to a shooting in the area of 13th and K streets Thursday.

According to Bedford Police Chief Terry Moore, dispatch received a 911 call at 10:16 a.m. from a male who had been shot at 1305 K Street. The man was able to identify his shooter and officers rushed to the scene.

The male victim suffered a gunshot wound to the lower abdomen and was transported by ambulance to IU Health Hospital.

After gathering information at the scene officers located 34-year-old Dustin L. Weldon, of Shoals, within a block of where the shooting took place. He was arrested on charges of attempted murder, aggravated battery, battery with a deadly weapon, criminal recklessness with a deadly weapon, possession of a firearm by a serious violent felon, possession of a handgun without a license, and possession of meth and marijuana and he was wanted on a warrant for petition to revoke.

Bedford Middle School was on lockdown during the investigation.