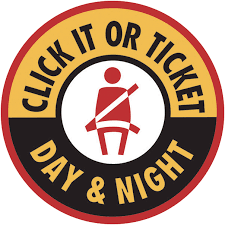 LAWRENCE CO. – The Lawrence County Traffic Safety Partnership will be increasing seat belt enforcement patrols as part of the national Click It or Ticket mobilization.

The department will be joined by more than 250 law enforcement agencies around the state that will be working overtime to reduce motor vehicle deaths and injuries in Indiana.

“Over the years, we’ve had a number of incidents where someone wasn’t wearing their seat belt and was either injured or ejected that could have been prevented,” said Sheriff Mike Branham “Buckling up matters. It saves lives and is your best defense against injury or death. Don’t skip this simple step and pay for it later.”

Drivers under the age of 34, particularly young male drivers, were more likely to be found not wearing a seat belt.

Additionally, individuals not buckled up in crashes were three times more likely to get injured when the driver was speeding and seven times more likely when the driver was impaired. Indiana has a primary seat belt law, which allows law enforcement officers to stop and cite drivers and passengers for failing to wear a seat belt. Drivers can also be cited for each unbuckled passenger under the age of 16.

If the seat belt doesn’t fit, or the car is older and only has lap belts, ask the car dealer or vehicle manufacturer about seat belt adjusters, extenders, or retrofits.