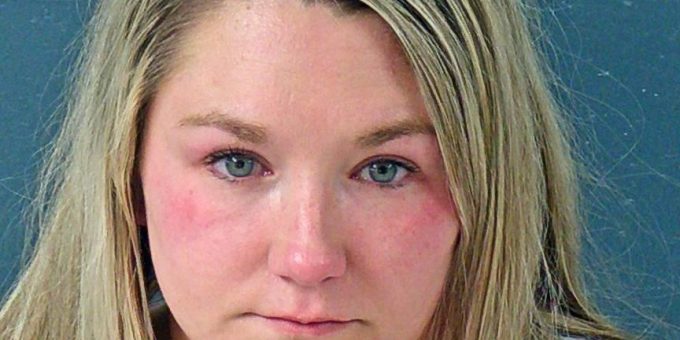 MITCHELL – A Mitchell woman was arrested after the Lawrence County Sheriff’s Department received a report from the Department of Child Services that 29-year-old Shayna Kerr, of  Mitchell, had injured three children while she was babysitting her boyfriend’s children from Feb. 7 to Feb. 14, 2022.

When the children were returned to their mother on Feb. 14th at 8 a.m. she noticed her 3-year-old child had a hand mark bruise on his left cheek and a scratch mark on the left side of his head under his hairline and a single fingermark or bruise on each side of his chest near his armpit area. The child said this was from Kerr picking him up and squeezing him.

The woman’s 5-year-old told her mother she did not feel safe with Kerr because she was always whipping them on the bottom or pulling their hair.

During an interview, Kerr admitted to spanking the toddler over him having accidents, but she said she had not spanked the child in more than a month. She did say she was pulling off his pajama top and it got stuck on his ears and the toddler said “ouch”.

The information was forwarded to the Lawrence County Prosecutor’s Office and a warrant was issued for her arrest on three counts of battery resulting in bodily injury to a person less than 14 years of age.