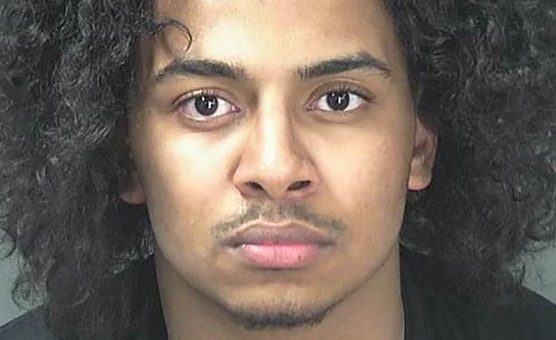 BLOOMINGTON – On March 17th, 2022 at approximately 4:30 p.m., officers responded to a report of multiple shots fired near the area of W 13th Street and North Illinois Street. Upon arrival, officers did not locate any victims but did speak with a witness.

The witness stated that she had seen a blue passenger car parked in the 1400 block of W 13th Street with several people gathered around it listening to music. She observed three individuals wearing face-coverings and hooded sweatshirts that appeared to be sneaking behind a building near where the car was parked.

The three masked individuals all began firing handguns toward the blue passenger car and everyone that had been standing around it scattered as the vehicle sped off eastbound on 13th Street. Officers did locate several empty shell casings where the witness saw the individuals shooting from. Officers also located damage to nearby buildings and parked vehicles that appeared to have been caused by the gunfire.

Investigators were eventually able to locate the blue passenger car that had a bullet hole in the hood. The owner of the vehicle, a 41-year-old man, confirmed that he was shot at in the Crestmont Neighborhood by three individuals.

Surveillance video from surrounding residences and businesses was reviewed and investigators were able to identify all three shooters. Two of the shooters were juveniles, a 16-year-old, and a 17-year-old, and the other shooter was determined to be 18-year-old Hachime Abou, of Bloomington.

A probable cause affidavit was filed with the Court requesting an arrest warrant be issued for Abou’s arrest. The warrant was issued, but it was believed that Abou had left the Bloomington area and his whereabouts were unknown.

On April 14, police learned Abou was back in Bloomington. They found him in the front seat of a car and tried to block the car in on North Adams Street. The person driving the car, a 27-year-old woman, didn’t stop for the patrol car in front of her and rear-ended it. Police said the woman then backed up and rammed into the patrol car again before officers took her and Abou into custody.

Abou had a handgun on him at the time of the arrest. He was taken to the Monroe County Jail for attempted murder and criminal recklessness with a deadly weapon.

While on the scene of the traffic stop, the 17-year-old suspect approached officers on the sidewalk and was taken into custody without incident. He was transported to the Monroe County Jail and remanded for attempted murder and criminal recklessness with a deadly weapon.

Under Indiana law, criminal charges are merely accusations and the defendant is presumed innocent unless and until proven guilty in a court of law.