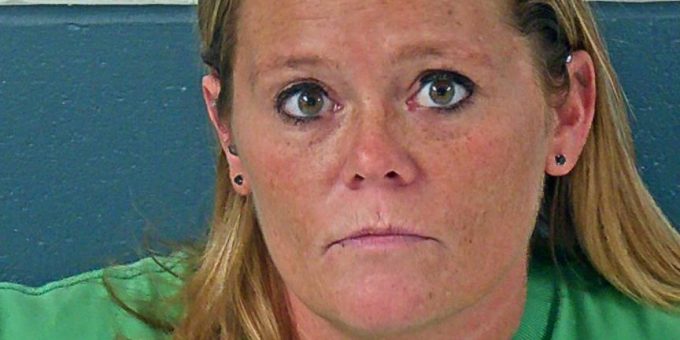 BEDFORD – A Bedford woman was arrested after she allegedly stole another person’s EBT card in March 2022.

Police arrested 37-year-old Kayla Henderson on a charge of theft.

According to a probable cause affidavit, a woman came to the Bedford Police Department to report transactions had taken place on her son’s EBT card but she had never received the card. The woman has power of attorney over her son due to his health issues.

The woman had proof of the transactions and had contacted the welfare department to alert them of the issue. The woman and her son had moved within the city limits but her card was mailed to her former address on Ramsey Ridge Road. The woman believed that it had been taken from her old mailbox at the Ramsay Ridge Road address. The woman informed the officer that a purchase had been made at the Circle K at 729 16th Street, Hometown IGA, and Walmart. Officers contacted several businesses to obtain camera footage. In the footage, police say Kayla Henderson was using the stolen card to make the purchases. Henderson was the male’s former direct support professional.

Police interviewed Henderson on March 18th. She denied any involvement in the theft of the card or using it to make purchases. The officer then told Henderson they had her on video using the stolen card. She then admitted she had used the card. She said she was angry because the family owed her money from when she was the male’s caretaker.

Henderson told police the card had been mailed to her home on Lincoln Avenue because she had filed the paperwork for the male to receive the benefits as part of her employment.

The information was forwarded to the Lawrence County Prosecutor’s Office and a warrant was issued for Henderson’s arrest.