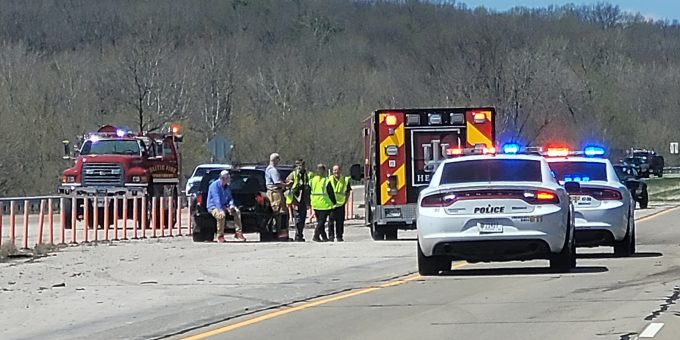 OOLITIC – An accident on State Highway 37 North had blocked the right lane of traffic, as the vehicles were being removed from the area.

An adult driver of a white Chevy Equinox and their passenger, a minor, was rear-ended by a gray Chevy Silverado after trying to avoid a ladder in the roadway. Oolitic Fire Fighters and I.U. Health responded to the accident and treated the occupants at the scene.

The driver of the Equinox and their passenger did not receive treatment. Oolitic Fire and I.U. Health Ambulance services were on scene for 15 minutes.