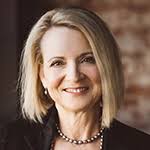 BLOOMINGTON — Ivy Tech Community College Bloomington’s 2022 Commencement Ceremony will take place Friday, May 13 at 6 p.m. at the Indiana University Auditorium. An honorary associate degree in College and Community Service will be awarded to Tina Peterson, President and CEO of the Community Foundation of Bloomington & Monroe County and Regional Opportunity Initiatives (ROI).’

“Tina is an integral member of the Bloomington community, with a passion for making life better for Hoosiers. I can think of no other more deserving recipient,” Chancellor Jennie Vaughan said. “For the past decade, Tina has worked to address our community’s most pressing problems by generating opportunities for residents and employers, in direct alignment with the College’s mission to advance economic prosperity and provide pathways to a better tomorrow.”

Peterson has served as President and CEO of the Community Foundation for the past ten years and has held the title President and CEO of ROI since the organization was founded in 2015. In her role with ROI, Peterson collaborates with organizations throughout the Indiana Uplands, an 11-county region in southwest central Indiana. ROI focuses on industry strategy, education, workforce, and quality of place. She co-leads the Uplands READI grant initiative, which pursued and received a $30 million grant for population and economic growth in the Indiana Uplands.

She served as Executive Director of the Foundation of Monroe County Schools during a period of great change in public education funding, and the not-for-profit grew significantly in both impact and size.