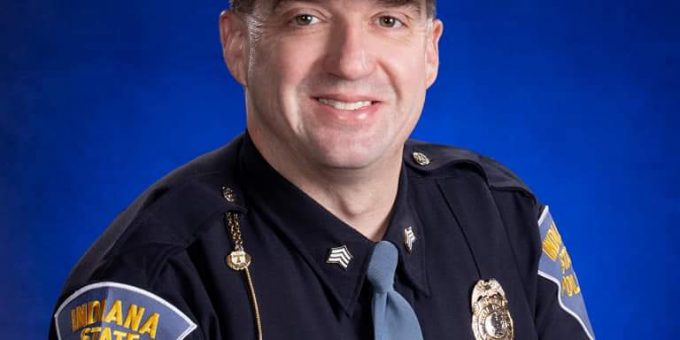 BEDFORD – The time has come once again for the residents of Lawrence County to make important decisions at the ballot box.

There is one race in particular that will have a massive impact on the safety and well-being of all Lawrence County residents. Prosecutor Sam Arp is endorsing Greg Day as the next Lawrence County Sheriff.

I have had the opportunity to work with both Republican candidates as a police officer and as the elected prosecutor, and I can tell you that they both have great personalities and are God-fearing family men. Given the important role of the Sheriff and the impact his or her decisions have on the lives of every resident in our county, I would urge you to look beyond just personality and also take into account the candidate’s track record and results.

As an example of the hard work and dedication you can expect from Greg Day, I would like to share with you part of the impact Sgt. Day has had on my tenure as Lawrence County Prosecutor. I took office three years ago promising this county that I would take a hard stance against drug dealers. Whereas in the past, we would only see drug arrests involving small quantities of drugs that were measurable in grams with street values of no more than $250, I wanted to find and stop the drug dealers that were bringing ounces (1 ounce is equal to about 28.5 grams) of drugs with street values in the thousands of dollars and spreading them across our community.

Upon first taking office, I approached the Sheriff’s department and the local police departments and tried to gain their assistance with tracking down these dealers. The response I received from the powers that be was essential that none of those high-level drug dealers existed in Lawrence County and, even if they did, the departments lacked the manpower to assign dedicated officers to such a task. Having exhausted all of the local resources at my disposal, I then reached out to the Indiana State Police for help.

The State Police responded by giving Sergeant Greg Day and his ACES squad dedicated patrol assignment in Lawrence County and, almost instantly, my office started receiving arrests for drug dealers who were in possession of several ounce quantities of narcotics that often had a street value in excess of $10,000.

As opposed to the reactive style of policing that had previously been established in this county, Sgt. Day took a very proactive approach, resulting in a steady stream of intelligence regarding ongoing criminal activity within the county.

This intelligence stream not only led to numerous drug arrests but also provided officers with valuable information regarding other crimes like theft, burglary, etc., resulting in an overall reduction of the crime rate in Lawrence County. The lasting result is that persons battling addiction now faced a shortage of supply in their drug of choice which allowed the judicial system the opportunity to intervene in their lives with drug treatment. We know that this approach is working given that Lawrence County had a reduction of nearly 25% in criminal case filings in 2021 when compared to 2019 and 2020 case filings.

Where the Lawrence County Sheriff’s Department and its roughly 34 deputies did not have the manpower to tackle this issue within our community, Sergeant Greg Day has been able to come into Lawrence County with only five members in his squad and totally change the landscape of the county in a short time. Just imagine what he could do in four years with 34 officers under his command.

Under a Greg Day administration, deputies would be better trained, held to a higher standard of work product, and would work with the Prosecutor’s Office to ensure successful case outcomes. Lawrence County needs a Sheriff that will lead the way in proactive law enforcement and get away from the mindset of doing it the way it has always been done.

Finally, Greg Day has stated that he does not support the building of a new jail that will cost Lawrence County taxpayers an estimated $50 million dollars, as this is money that our county simply does not have.

I encourage you to cast your vote for ISP Sgt. Greg Day this May and help keep Lawrence County in the right direction.