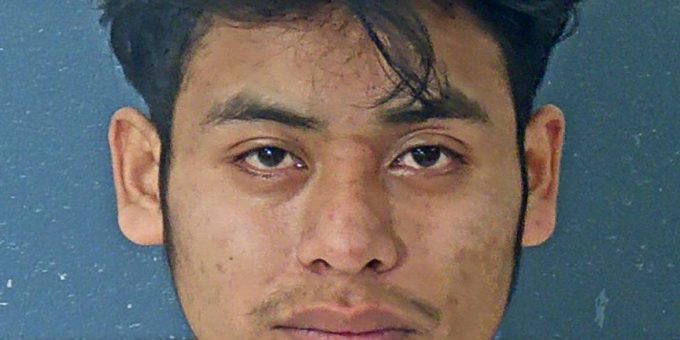 BEDFORD – A Bedford man was arrested on a charge of domestic battery resulting in bodily injury to a pregnant woman.

According to a probable cause affidavit on Saturday at 8:20 p.m., Bedford Police officers were called to the IU Health Hospital emergency room after a report of a pregnant woman being injured in a domestic altercation. The woman was three months pregnant.

When police arrived the woman was complaining of pain and suffered bruises, and a bloody lip.

The woman only spoke Spanish. Officers and hospital staff needed to use a computer app to speak with her.

The woman told police her boyfriend, 21-year-old Sebastian Ramirez of Bedford, had hit her in the face with a rock, punched her twice with a closed fist, and stomped on her right foot while outside of their residence.

Ramirez had gotten upset because she was planning on leaving him but this was the first time he had ever hit her.

After being treated at the hospital, officers transported the woman to her home in the 400 block of Northwood Drive.

Ramirez told officers that the woman had come to his work and began arguing with him. He said, while in the parking lot, she hit him and he hit her back. Then the woman changed her story and said Ramirez had only smacked her and didn’t want to file charges.

Police became concerned. They noticed the house had multiple doors that were locked or drilled shut and the windows were covered blocking out any outside view. Due to the multiple indicators of human trafficking, Lawrence County Prosecutor Sam Arp was contacted and issued a search warrant for 414 Northwood Drive, which was signed by the Honorable Judge Bob Cline. Officers searched the residence but did not locate any individuals or signs of human trafficking.

The Mexican Consulate was also contacted about Ramirez’s arrest.