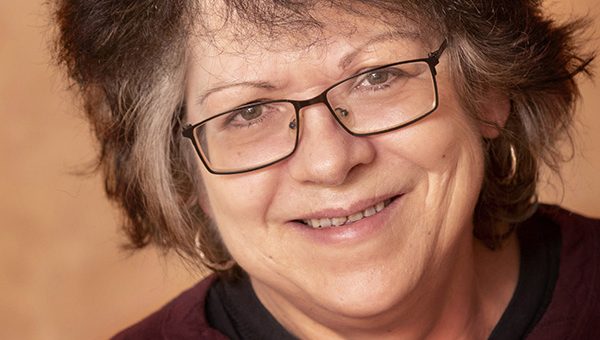 BLOOMINGTON – Ivy Tech Community College’s Bloomington campus has selected Suzy McMahon, adjunct faculty in mathematics, the recipient of the 2022 Adjunct Faculty Award for Excellence in Instruction. She received the most nominations amongst 20 adjunct faculty nominees across campus.

McMahon says that earning this award means so much. “I am honored and humbled by the recognition,” she said. “I hold the mission of Ivy Tech close, and I can say this is the best job that I’ve ever had. I love to teach and pass on my knowledge.”

McMahon’s nominations spoke to her ability to teach math in multiple, engaging ways that accommodate the various learning styles of her students.

In one nomination a student expressed that McMahon takes extra time out of her schedule to assist her students in learning. “If you are one of Suzy’s students who struggle with math, you know she takes time out of her schedule, even on weekends, to hold a zoom session to go over the material we’re struggling with,” the student wrote. “Her communication, listening, adaptability, empathy, and patience are all reasons she deserves this nomination. Not to mention, she is rather hilarious, which makes math as fun as it can be.”

McMahon has worked at Ivy Tech since 2008 and teaches developmental mathematics courses. She holds a Bachelor of Arts degree in Slavic Languages and Literature from Indiana University.

The Adjunct Faculty Award for Excellence in Instruction is presented annually to one adjunct faculty member from each Ivy Tech campus statewide. As a recipient of this award, McMahon becomes the nominee for Ivy Tech’s statewide Gerald. I. Lamkin Award for Excellence in Instruction. The Award is named for a former Ivy Tech president and recognizes an adjunct faculty member who exhibits excellence in instruction and represents the mission of the college.

Ivy Tech accepts free applications year-round and offers multiple course start dates for quicker entry and completion. Funding options are also available, from the state’s Next Level Jobs grant that aligns certification training with high-demand jobs, to federal grants such as the Pell. To get started and ask questions, email bl-info@ivytech.edu or call 812-330-6013.

About Ivy Tech Community College
Ivy Tech Community College (www.ivytech.edu) serves communities across Indiana, providing world-class education and driving economic transformation. It is the state’s largest public postsecondary institution and the nation’s largest singly accredited statewide community college system. It serves as the state’s engine of workforce development, offering high-value degree programs and training that are aligned with the needs of its communities, along with courses and programs that transfer to other colleges and universities in Indiana.