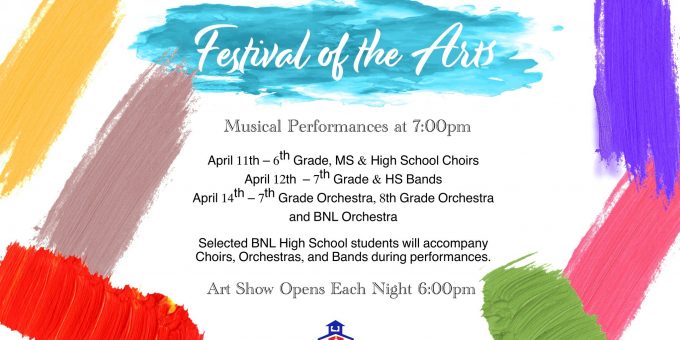 Students from Bedford Middle School, Oolitic Middle School, and Bedford North Lawrence High School will be participating in the first time in two years due to COIVD-19.

Music will be performed by all ages around the district with original art by the students of each school to showcase as well. The art show begins at 6:00 p.m. each day, followed by the performing classes at 7:00 p.m. each day.

This Festival was started in 1978 by Carol Voris and Guy Rumsey to showcase the talent of the students, and to share with the community the beauty of music and art.