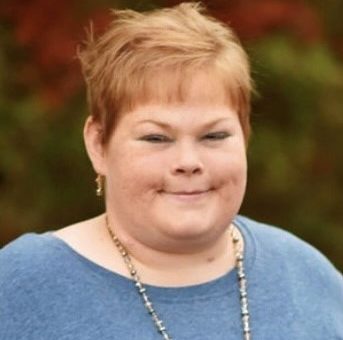 Ashley Renee Maxwell was born February 4, 1987, in Bloomington, Indiana to Jack and Christie (Speer) Maxwell.  Ashley grew up in Bedford.

An active member at Bedford First Christian Church, she enjoyed participating in the choir and bells, running the soundboard and live-streaming as well as being a youth group leader. Ashley worked at Bedford Camp and Conference Center as a lifeguard and cook assistant while in high school and college. She graduated from Bedford North Lawrence High School and attended the University of Southern Indiana.

Ashley worked for SAIC (Crane) and Hoover’s Candy Shop. She was a dedicated adoptive dog mom to Buffett and a beloved aunt, sister, daughter, niece, and friend. She spent her summers attending concerts where she felt truly at home.

Ashley also known as “Ducky” had a special way of befriending dogs and cats and caring for a variety of animals. She was an active volunteer and supporter of the conservation efforts of Ducks Unlimited.

A Celebration of Life will be held at 11 a.m on Saturday, April 23 at Bedford First Christian Church. Interment of her ashes will be conducted at a later date.